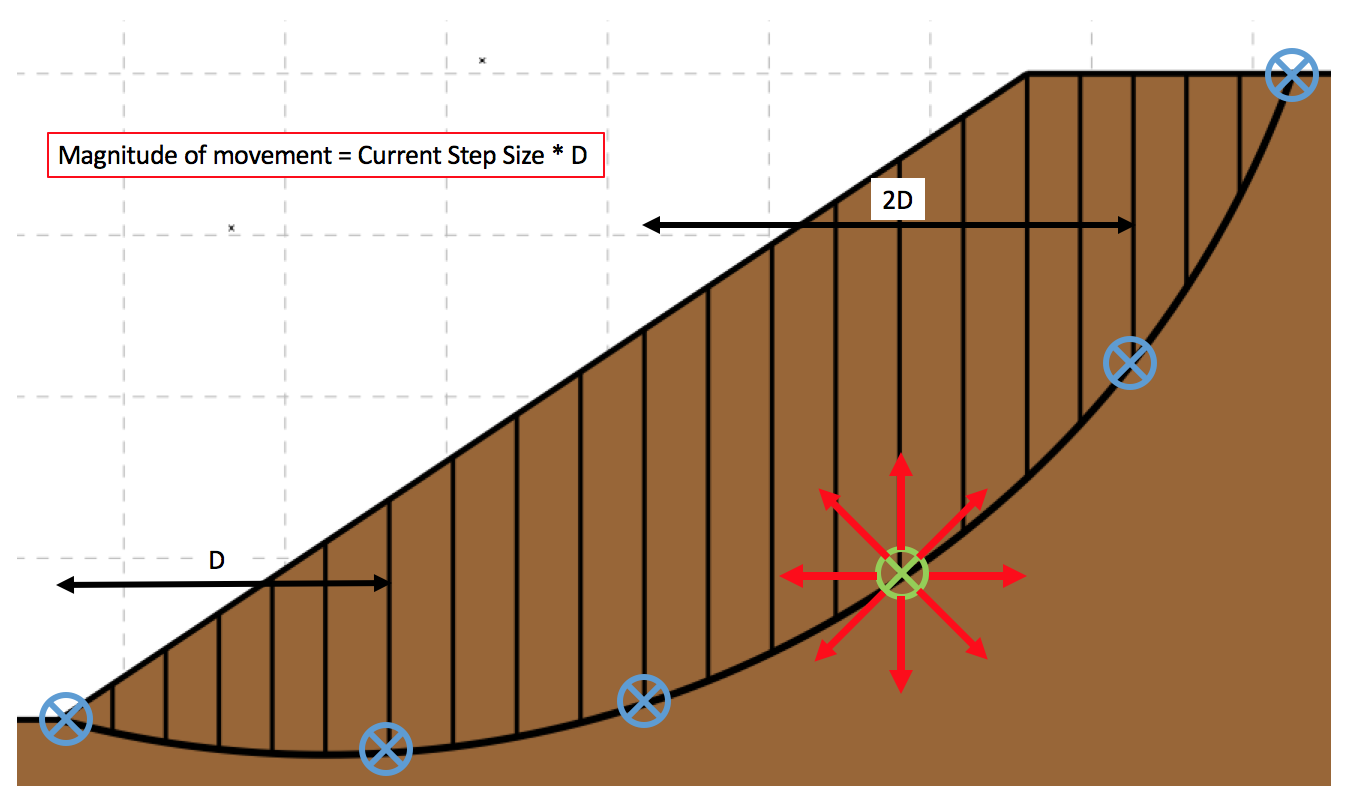 Notes on the optimization implementation

and ϴ is the inclination of interslice forces with respect to the horizontal.
Despite this, the optimization procedure may produce obviously inadmissible slip surfaces. In this case, the Max Concave Angle and Max Convex Angle values can be specified to control the permissible shape of the slip surface.